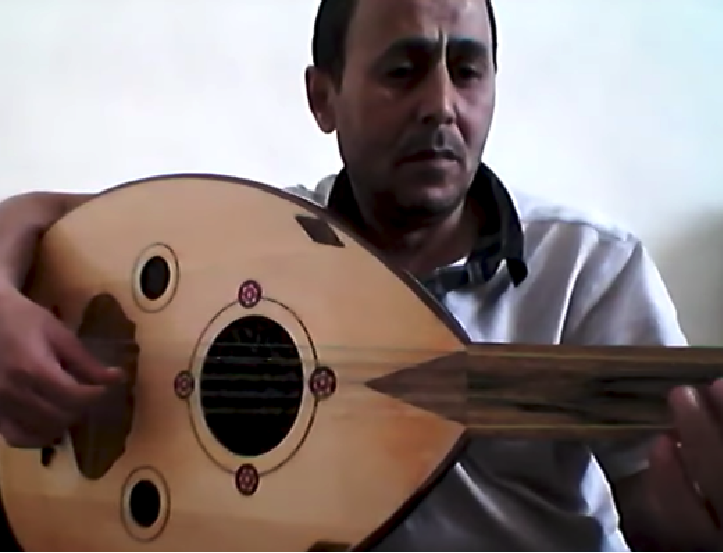 A Syrian Oud (or “Lute” in English) and vocal musician, Ahmad Ahklef is currently residing in Syracuse, NY, after previously living in both Syria and Jordan. 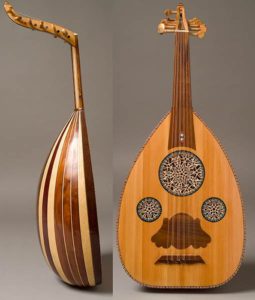 He lives with his family of his wife and children. He has played the Oud since he was very young, as he was raised in proximity to it and music in general; his family has a long standing history of being musicians. Not only were his musical performance skills passed along to him, but also the craft of making Oud, the instrument he primarily plays, itself.

The Oud is the predominant instrument of Arabic music. It can be translated to English to mean “piece of wood”. Key physical features include a pear-shape, twisted strings, wooden construction, a short neck, and a rounded back. It is a string instrument with differing numbers of strings depending on the model; there is a two-string model, four-course model, six-course model, and seven-course model, though the five-course model is preferred by many performers, including Alkhlef. In terms of percussion, groups of both high and low sounding strokes occur in organized patterns.

Here is a brief example of Oud music, played by Alkhlef:

Alkhlef’s social and cultural identity is tied heavily to his music. After having to flee his home in Syria due to its destruction via an explosion, then having to leave his short-lived home in Jordan due to violence and the threat of danger for him and his family, the music and instruments he creates serve as a connection to his home despite no longer being able to be there. Despite religious or socio-political differences, music has always served as a way to unite the Arab people in culture. Moreover, there is even a word in Arabic, terab, for the rapture and euphoria created by music within its listeners, and it plays a key role in identity for many Arab people.

On the type of music he prefers to play or perform:

“There is no favorite song or music for me. I can play everything, but sometimes, a musician will want to sing for a specific person who wants specific music. But most Arabic music you can tweak and make it into what the specific time calls for. You have to feel it.”

More on Ahmad Alkhlef’s journey to Syracuse and his music:

The events that caused Alkhlef to leave the Middle East are rooted in tragedy; the explosion that caused the destruction of his home in Syria he watched occur. Alkhlef did not want to leave his home, until the war in Syria effected him so personally he deemed it necessity. Having watched a missile fly overhead and decimate the very place he slept, he moved to Jordan. However, safety eluded him and his family here as well, when one day he set out to the bakery and found himself being shot at. Fearing for the safety of his loved ones, he packed his bags and moved to Syracuse, NY— but not without a reminder of the horrific events going on at home. To this day he and his wife suffer health concerns due to pieces of shrapnel from the explosions in Syria and the effects of the war.

However, he does not let this get him down; having found safety in Syracuse he remains close to home via his music and the construction of his instruments. Though he has seen some influence on his music from the proximity to American culture, (and he has stated he wouldn’t mind learning the guitar), he feels as though Arabic music and the use of the Oud as an instrument in particular downsizes the distance between him and home. Unfortunately, a setback he has faced has been that it has been difficult to acquire the proper materials necessary to build his instruments in Syracuse, since the construction of the Oud requires specific types of wood and tools.

By creating a mix of vocals, instrumentation, and percussion (often with the aid of a percussionist for added emphasis), Alkhlef brings true Arabic Music to the United States, to Syracuse, and to an event called Welcoming Economies, at which he will be performing on October 23, 2017 from 7:15-7:35 pm. He will be joined by dabkeh dancers— Arab folk dancers combining circle dancing and line dancing techniques, often found at celebratory events.

Alkhlef’s YouTube channel also contains videos of his music and performance, and can be found by searching his full name (Ahmad Alkhlef) on YouTube or following the link below: 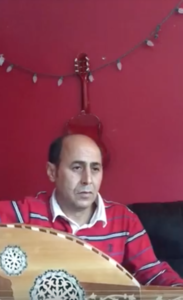